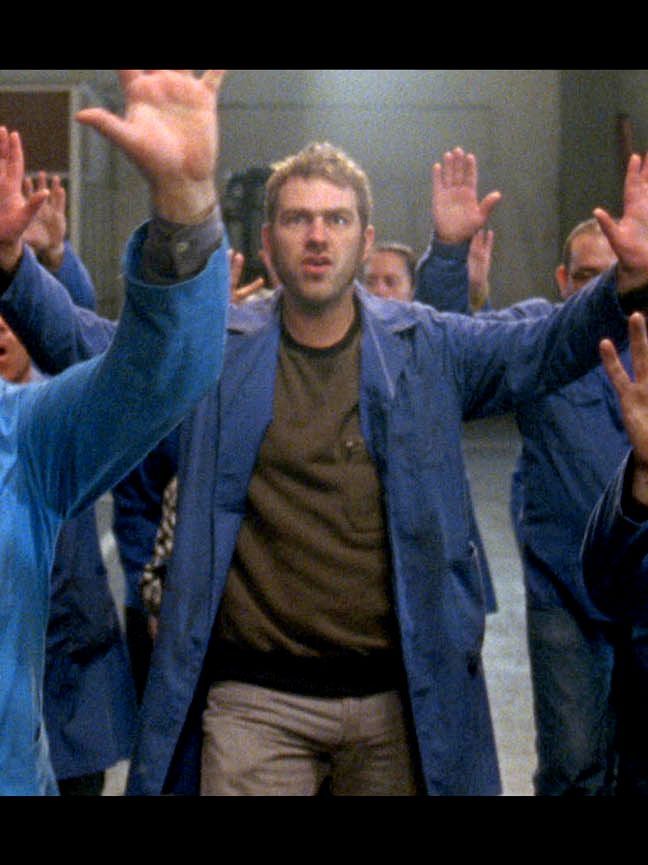 Tell us about yourself and your career as an actor

I am a person with enough energy and with great pleasure in working, I have always liked music and I have a giant love for the seventh art since always, but I have no experience as an actor and to enter this film without it in the curriculum was a dream and a privilege. My story of how I got the role of factory operator in « A Fábrica de Nada » is a bit funny because I am myself a factory operator in a chemical factory and it all started when two of my coworkers told me that they would sign up for a casting for a movie that was going to be filmed near of our place of work, I said as soon as I went with them and we agreed the day to go, on the day of the casting only I appeared and they as had go out partying the previous night and they stayed sick and in bed, that’s how I met Pedro Pinho and Leonor Noivo. I talked to them a bit and after a few days they contacted me again to be part of the movie.

The film has some really intense realism, very raw, very in-your-face. In Portugal and Europe, the last few years have caused a brutal redefinition of the way in which we look at the world. A lack of prospects and valid discourses about the present has often made us feel ineffectual. Do you share this feeling of powerlessness?

The film in a certain part is a reality even at the time it was filmed and does not become fiction because we (characters of the factory) cross that same but in different works and we manage to transmit our anguish and make these scenes so intense and real because they were experiences which each one has already passed. Nothing that we said was written by some screenwriter, was all improvised with the experience that each of us had in the past. the world is constantly changing whether it is good or bad, we in Europe have to adapt to the world we live in, we always have to learn to do something we did not know how to do before. The truth is that there are a lot of incompetent people who do not know how to do their job as they should or who still live in the past but there the world is constantly changing and those people who do not have vision make serious mistakes that influence life of other people causing even catastrophes to good and exemplary workers, so I do agree with this idea that we feel powerless.

Under the shadow of bankruptcy, the characters try to stay afloat and look for ways to reshape their lives. Driven by a sense of urgency and some kind of life instinct that remains, as they witness the collapse of their jobs and the institutions they believed in, they are forced to embark, with reluctance and fear, in an unforeseen experience, a collective adventure. How did you live this experience?

I had already gone through an experience of unemployment but I was very young and still had a lot of « work » ahead of me but I saw older work colleagues losing their way to alcohol, but what happened here in this factory and in this film it was something completely different, as I was talking and I was socializing more with the people who were in this situation I was perceiving everything by what they happened, here we can see what a union of workers and good professionals do in which function but of course not everything is « roses » not everything goes well. there is a process of adaptation that brings fear and a lot of stress, in addition also brings many conflicts with the workers and problems at the family level that it all psychologically affects anyone.

Any thoughts on what your next project is going to be?

I have no idea how it’s going to be or if there’s going to be any new project in relation to the cinema because I do not live the life of an actor. Now do I have this training, I leave everything in the secret of the universe, whatever he brings me, I accept with great taste . But I know that being part of this movie was very good and could open me some doors in the movie area.

This year Cinéalma pays special attention to the Mediterranean woman. What is the place of woman in  « A Fabrica de Nada » and what does she represent for you?

the woman for me is a very strong and very sensitive human being and of course she is and will always be the pillar of man. her role in the film is exactly this, she also has the same rights as any other man has, making it a proof that we can have all the rights of equality at work.